What are the Legal Consequences of Driving Under the Influence?

Driving under the influence of alcohol or other drugs that impair the ability to drive has serious and long-lasting legal consequences.

Penalties for this offence include a license suspension, fines, and possible referral to education or treatment programs, with increasingly severe penalties for each subsequent offence. Depending on the situation and the offender, cases can result in jail time and driving prohibitions for years.

If you have had an issue with driving under the influence in B.C, get in touch with a lawyer from Jaswal & Krueger right away. 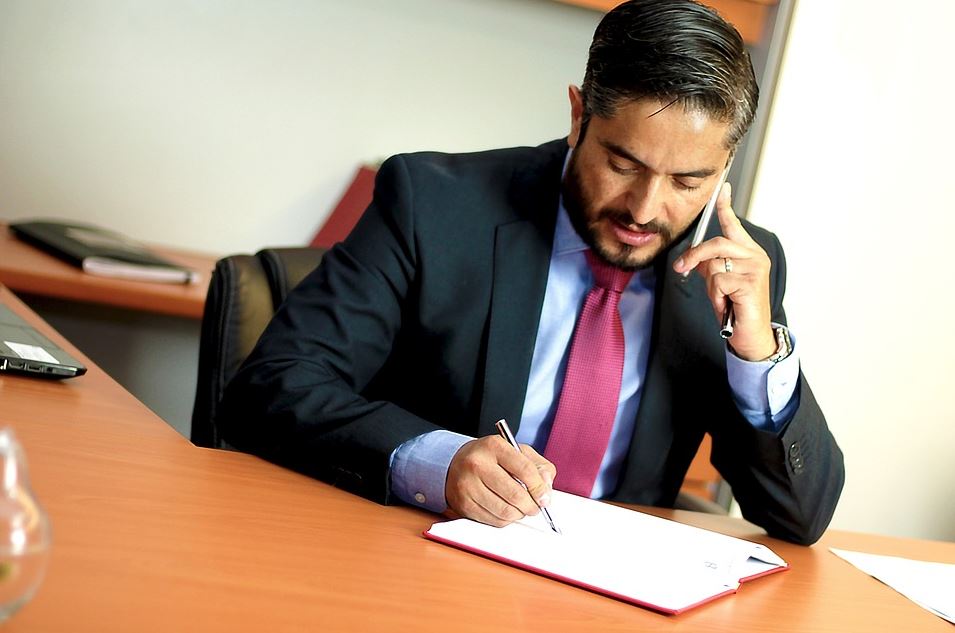 Navigating the complex laws around impaired driving is no simple matter, which is why you should contact drunk driving lawyers if you have been alleged to have been  driving under the influence of drugs or alcohol. The right legal representation will make sure that your rights are respected throughout the process and help you understand the legal subtleties involved with your case.

Even if you think that you might not have much of a defense for the charges against you, an experienced lawyer will do everything possible to reduce or avoid license suspensions and fines, while exploring all potential avenues for your defense. 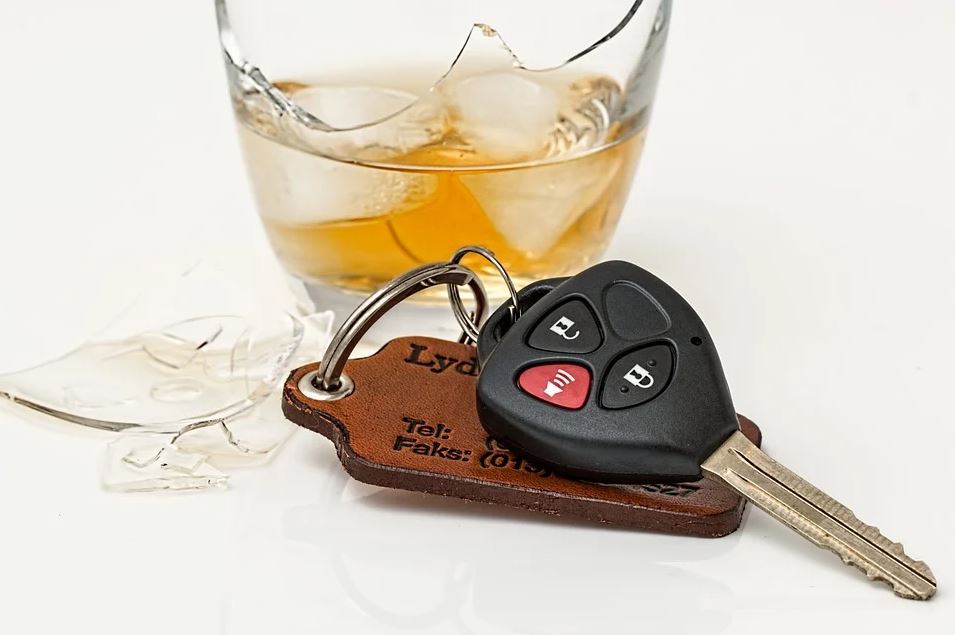 In 2019, Canada recorded the largest increase in police-reported impaired driving incidents since 1987. The increase of over 14,800 incidents brought the annual total to nearly 85,700, which is 19% higher than the previous year’s total. Occurrences of alcohol-impaired driving were up 9%, but the bulk of the increase can be attributed to the spike in drug-impaired driving, which went up by 43%.

The new impaired driving legislation that came into force in 2018 gives police officers greater authority to conduct screenings to identify people driving while intoxicated, which have allowed police forces to detect more instances of both drug-impaired and alcohol-impaired driving.

This situation has put many people in difficult situations, wondering whether or not their charges are lawful or justified and fearing the consequences. Unsurprisingly, demand for drunk driving lawyers has spiked in response. 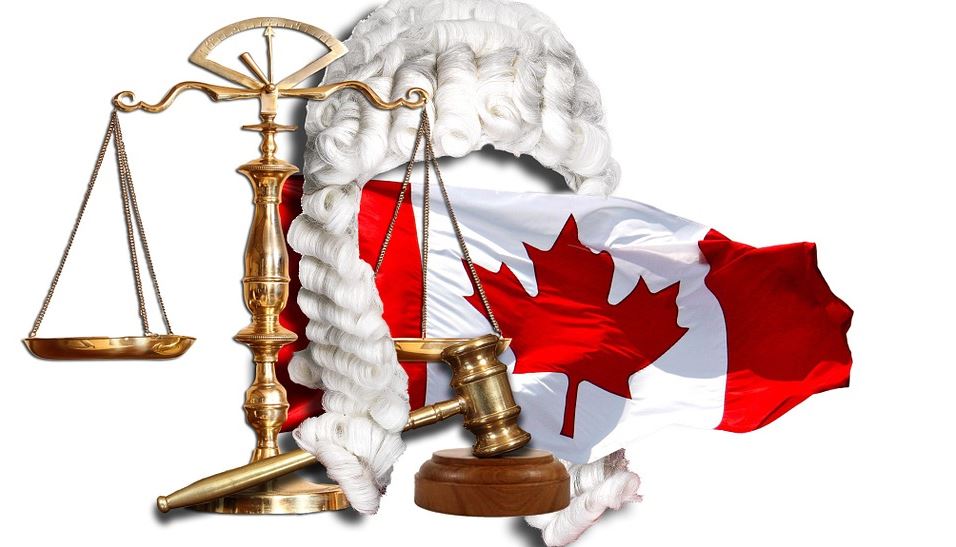 According to the Criminal Code of Canada, driving while impaired by alcohol or drugs, as well as any combination thereof, can lead to a wide range of penalties, ranging from a mandatory minimum fine to life imprisonment, depending on the severity of the offence and the offender’s history.

Impaired driving is an offence in its own right, and there are also separate offences for having specified prohibited levels of alcohol, cannabis or certain other drugs in the blood within two hours of driving.

The prohibited blood-alcohol concentration (BAC) is 80 milligrams of alcohol per 100 millilitres (ml) of blood.

Cannabis-impaired driving is determined by blood levels of tetrahydrocannabinol (THC), which is the main psychoactive component in cannabis. The prohibited level is 2 nanograms (ng) of THC per ml of blood. Having more than 5 ng of THC (or more) per ml of blood, is a more serious offence.

Combination of Alcohol and Cannabis

When found in combination in someone’s system, the prohibited levels of alcohol and cannabis are 50mg or more of alcohol per 100 millilitres of blood and 2.5ng or more of THC per ml of blood.

For drugs, such as LSD, psilocybin, psilocin, ketamine, PCP, cocaine, methamphetamine or 6-mam (a metabolite of heroin), having any detectable amount in your system within two hours of driving is likely to result in imapired driving charges. 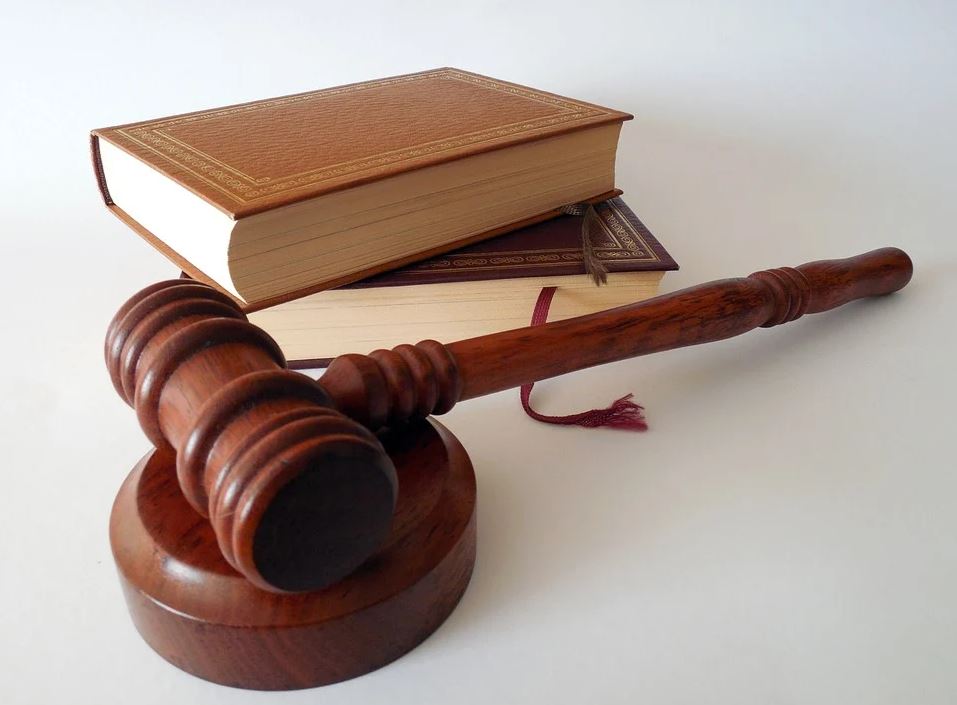 In short, authorities are quick to sanction alcohol or drug-impaired driving in British Columbia, with progressive penalties for repeat offenders (meaning that the second offence will lead to harsher penalties than the first offence), as well as potentially requiring offenders to participate in an education program or treatment program to end their license suspension. 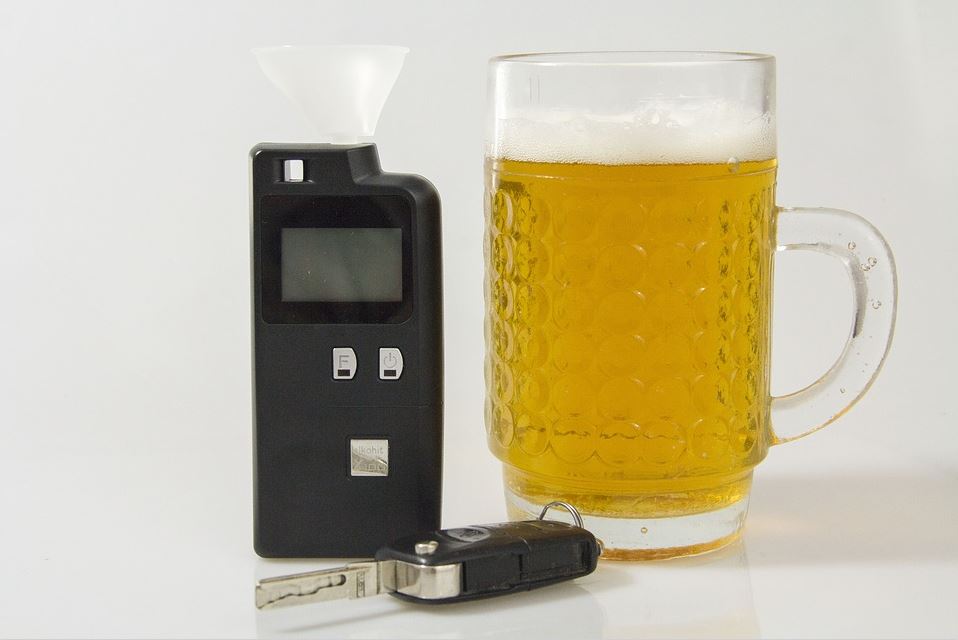 In British Columbia, police may require a driver to provide a sample of breath on an Approved Screening Device (ASD), commonly referred to as a “breathalyzer”, to determine if the driver’s ability to drive has been impaired by drugs or alcohol without administering a field sobriety test to confirm suspicions that the person was driving while under the influence (DUI). Contrary to popular belief, police do not have to conduct any kind of field sobriety test before resorting to the use of an ASD.

The ASD will indicate a digital blood alcohol concentration (BAC) reading, a “WARN” or a “FAIL”. If a driver is found to have a BAC of not less than 0.05, they can be served with an Immediate Roadside Prohibition (IRP).

Drivers who provide a breath sample with a BAC over 0 .049 fall into the “WARN” range for impaired driving and face the following penalties:

For a First Offence Within Five-Year Period

FAIL Reading, Refusal or Failure to Provide a Breath Sample

If someone driving a motor vehicle provides a breath sample that yields a FAIL reading, which indicates a BAC of not less than 0.08, or if a driver refuses to provide a breath sample, police may issue a 90-day Immediate Roadside Prohibition (IRP) or proceed with Criminal Code charges.

If police decide to pursue criminal code charges, the driver will be issued an immediate 24-hour driving prohibition and be detained for further breathalyzer testing at the police station, and, following a confirmed BAC of more than 0.08 (or a refusal to provide a breath sample), the driver will be issued an Administrative Driving Prohibition of 90 days and could also be charged under the Criminal Code of Canada.

Upon a conviction for the criminal offence of alcohol or drug-impaired driving at the federal level, offenders are subject to a minimum $1,000 fine, an automatic licence suspension and possible jail time, and they may be required to participate in an education program or treatment program, like the Responsible Driver Program or Ignition Interlock Program. 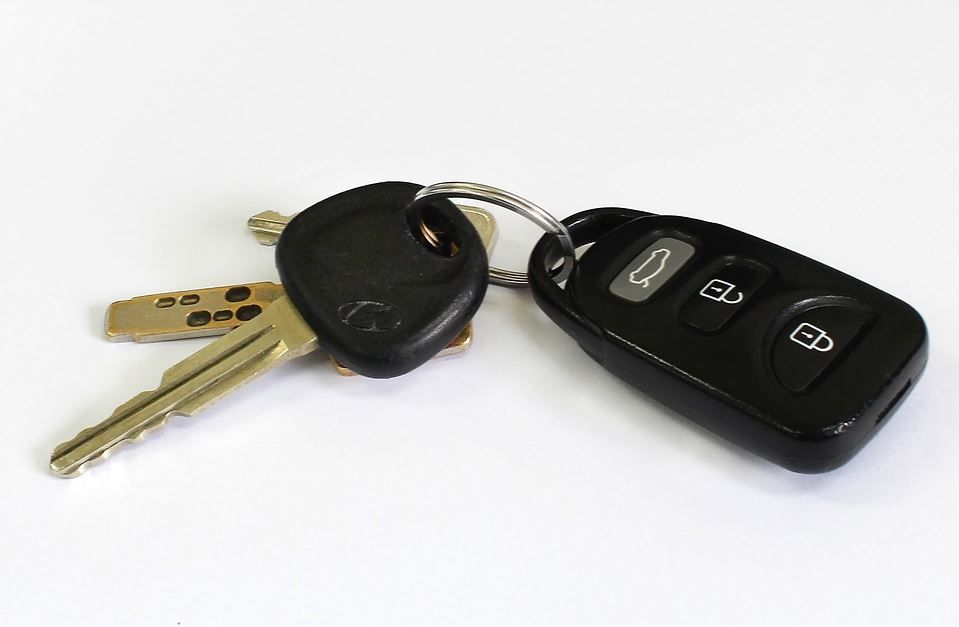 One of the consequences of drinking and driving can be a referral to the Ignition Interlock Program. This program involves the installation of an ignition interlock device in the offending driver’s vehicle(s) that prevents the driver from using the vehicle if they have alcohol in their body.

How Does an Ignition Interlock Device Work?

An ignition interlock device is wired into a vehicle’s ignition system and requires a breath sample to start the vehicle, as well as at random intervals while the vehicle is in operation, to make sure that the driver remains alcohol-free while driving.

If the ignition interlock device detects alcohol, it will prevent the vehicle from starting. The device records and stores all vehicle activity, including attempts to tamper with the system. If the driver fails a breath test, or tries to disconnect the device, when the vehicle is in operation it will warn the driver to shut down the vehicle and sound an alarm if the driver fails to heed directions.

Anyone convicted of drinking and driving could be required to complete a rehabilitation program before they can have an ignition interlock device installed in their vehicle. Once the device is installed, participating drivers are required to abide by all conditions of the program.

This user-pay program is administered in British Columbia in partnership with Smart Start Canada. The use of an ignition interlock device entails the following costs: 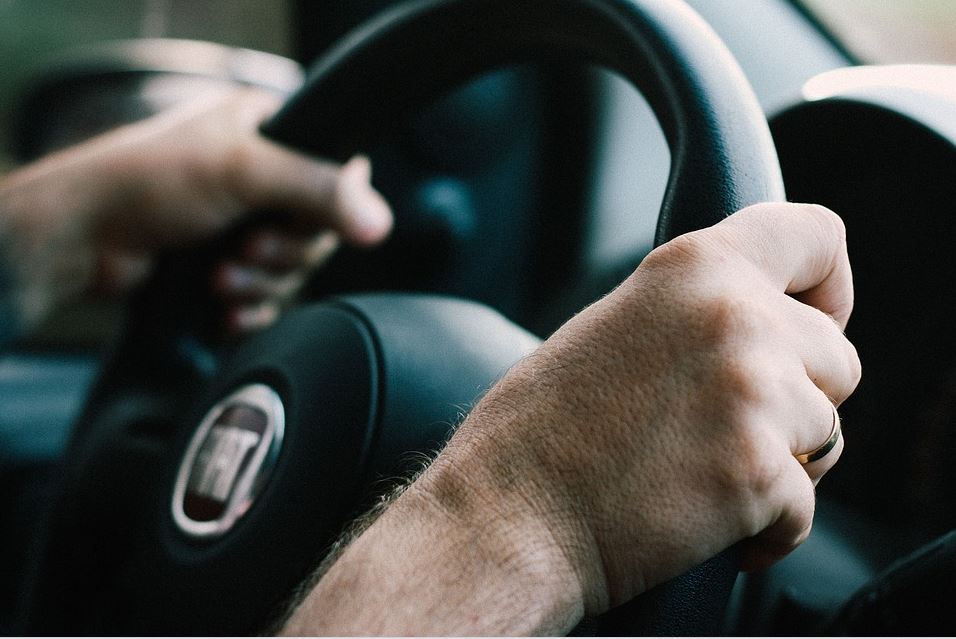 The Responsible Driver Program is a remedial program for drivers with drug-impaired or drinking and driving related driving prohibitions. The government of British Columbia partners with Stroh Health Care to deliver the program province-wide.

Anyone referred to the program must follow it to completion as a condition of keeping their driver’s license or before they can regain their driving privileges. After paying the $930 program fee, participants will undergo a telephone assessment to determine which of the following options is appropriate:

Once program completion has been confirmed by RoadSafetyBC, the driver will be notified in writing that they have completed their requirements to the satisfaction of the Superintendent of Motor Vehicles.

Impaired Driving is a Serious Offence 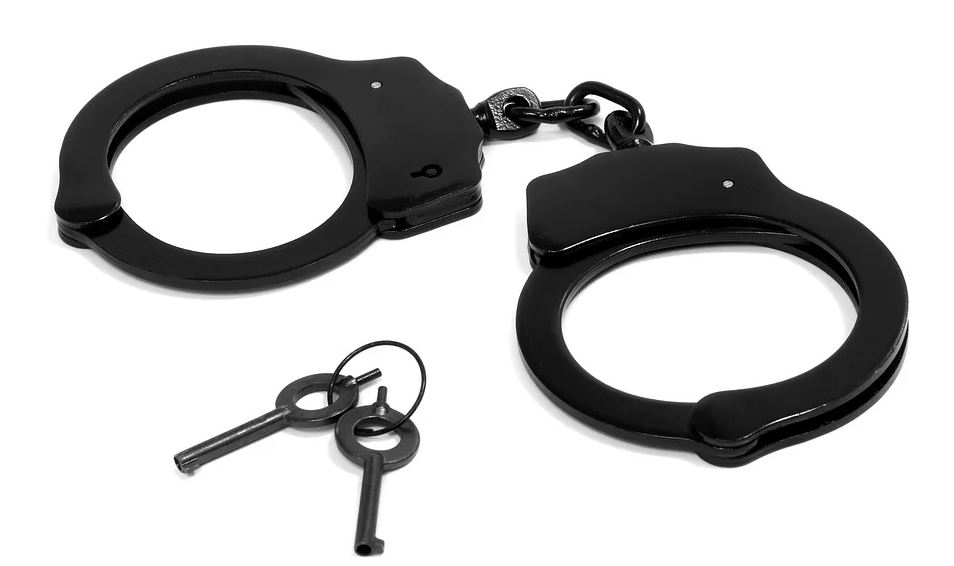 As you can see, anyone who is found to be driving while impaired in British Columbia faces a variety of costly penalties. Even a first offence for impaired driving can lead to a licence suspension and heavy fines, with more severe penalties for subsequent offences.

If you have been charged with any kind of impaired driving offence, consulting a lawyer should be your first order of business. A free consultation from a qualified criminal lawyer will help you get answers to your questions and could pave the way for a successful defence.