Important Legal Changes on the Horizon For Aboriginals

Face it, Canadian aboriginals continue to experience many constraints in their lives. Some are due to indigenous laws and cultural lifestyles, while others stem from deep-seated bias.

In a report released in June 2018 by Statistics Canada, It was observed that there continues to be an over-representation of indigenous people in jail.  The report shows that Canadian aboriginals account for roughly 5% of the total Canadian population yet they represent 27% of its prison population (2016-2017). This has been an 8% increase over the previous decade.

Sadly the incidence of indigenous youth has skyrocketed by approximately 25%.  These young people make up approximately 46% of all admissions to correctional facilities yet account for only 8% of Canada’s youth. If that wasn’t startling enough, indigenous women who have been incarcerated account for 43% of the general female prison population, which makes them the fastest growing prison population in Canada. 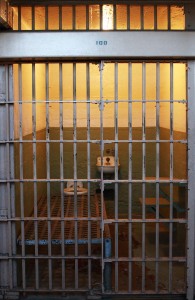 Many believe this is a result of a genuine bias built into the law enforcement system, while others believe it is due to cultural lifestyles and tribal laws that accept violence aimed at women and children. Yet, neither perspective explains why Aboriginal people are three times more likely to be arrested than other Canadian citizens.

Prime Minister Justin Trudeau recognized that this group has been neglected and promised to improve the lives of Canada’s 1.7 million indigenous citizens.  Yet until there are major improvements in laws and attitudes, incarceration among the indigenous continues to rise.

The Laws Are Confusing

There are different areas of law that pertain to the three primary Aboriginal groups in Canada. There is the Criminal Code,  the Youth Criminal Justice Act and the Child and Family Service Act which all impact these groups in different ways. There’s also Indigenous Law, which refers to legal traditions, customs, and practices. Canadian Aboriginal Law refers to the recognized rights to land and traditional practices. And then there’s the Indian Act, which after 140 years continues to constrain the opportunities of indigenous people. Yes, the laws are confusing, which is why this area is considered the fastest growing sector of the legal landscape.

Change is coming. In 2018 the prime minister’s office announced the proposal of a new framework that would include “the rebuilding of indigenous nations and governments and advanced indigenous self-determination, including the inherent right of self-government”. Sweeping legislative changes are ultimately expected, as the Crown will work in partnership with First Nations, Inuit and Métis peoples to create a “Recognition and Implementation of Rights Framework”. It is complex, somewhat overwhelming, and will take a great deal of time to sort out the details considering there are 650 Indian bands in Canada. Finding avenues that work for all will be crucial to its success.

We are following this very closely and will continue to report back as advancements occur.

If you are a victim of false accusations or discrimination, Jaswal & Kreuger are experts in criminal defence and can help protect your rights. We understand and have experience in each aspect of criminal law. Indigenous clients who are victims of discrimination or bias are encouraged to schedule a free consultation as soon as possible. Or call to schedule an appointment now at 604-585-8898.