When an inmate is first placed in the custody of Correctional Service Canada (CSC) a full intake assessment is used to review the information provided by the police and the courts. The assessment also includes personal information about the inmate’s family life and background.

The completed baseline assessment is basically an evaluation that determines penitentiary placement, security classification, parole decisions, treatment needs, and the potential for rehabilitation.

Federal criminals are classified at the minimum, medium or maximum levels of security and are based on:

Subsequent risk assessment tests are given and evaluated to follow the prisoner’s progress. The tests cover education, family history, lifestyle, substance abuse, and asks questions such as:

The answers are categorized and indicate a low, medium or high propensity to re-offend in part by comparing scores to inmates who have committed the same types of crimes. Indigenous inmates are given the same tests, yet they come from completely different backgrounds than others in the same criminal category. Consequently, they wind up testing as high risk which has been called out as being circumstantial to their upbringing.

Although Canada’s prison service has been using these tests for years, they have been contested for their inability to provide fair results. That is because indigenous inmates have histories that include poverty, substance abuse, violence, welfare, family discord, and more. This means their high scores are skewed based on their past cultural environment, which suggests the scales don’t take their “norm” into consideration.

In 2016, 26% of inmates in federal prisons were indigenous, yet this group makes up less than 5% of the Canadian population. This statistic alone supports the possibility that the tests are scoring indigenous inmates unfairly.

In 2017, Jeffrey Ewert – an indigenous inmate for 30 years – questioned the legitimacy of risk assessments. His case was filed against CSC and the wardens of Kent Institution and Mission Institution, both located in British Columbia.

In his early life, Ewert was adopted by a Caucasian family but his adoptive father was an alcoholic, and his adoptive mother was mentally and emotionally abusive. His life was faced with racism and discrimination both at home and at school and after being incarcerated for more than 30 years, he wanted to initiate a change within the prison assessment system so he challenged the system. 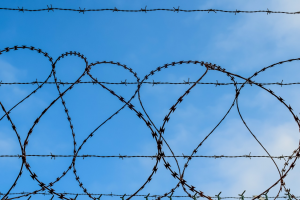 Legal professionals and psychologists asserted that the assessment tests affect indigenous people (and minorities) and don’t take into account their cultural upbringing. It was also suggested that these segments of inmates wind up serving longer sentences and experience lower chances for parole.

The Ewert case made its way to the Supreme Court in June 2018 and a 7-2 decision ruled that Jeffrey’s Ewert’s challenge of five assessment tools were worthy of being reviewed and examined. This means the CSC must either discontinue using the assessment tools or ensure they are void of cultural bias.

“For the correctional system, like the criminal justice system as a whole, to operate fairly and effectively, those administering it must abandon the assumption that all offenders can be treated fairly by being treated the same way.”

It will be interesting to follow up on the CSC’s review to learn whether changes will be made or the specific prisoner assessment tests will be eliminated.

If Prisoner Assessment Tests Have Affected You or a Loved One

Jaswal & Kreuger are experts in criminal defence and can help protect your rights. We thoroughly investigate and evaluate the situation and determine the strongest defence for your case. Our legal team has over 50 years of combined experience working in the Surrey, Langley, Delta, Abbotsford, White Rock, and surrounding areas. We are highly accomplished and prepared to take appropriate cases to the Supreme Court of Canada when needed.

Indigenous clients who are victims of discrimination or bias are encouraged to schedule a free consultation as soon as possible or if you are ready to schedule an appointment now, call us at 604-585-8898.